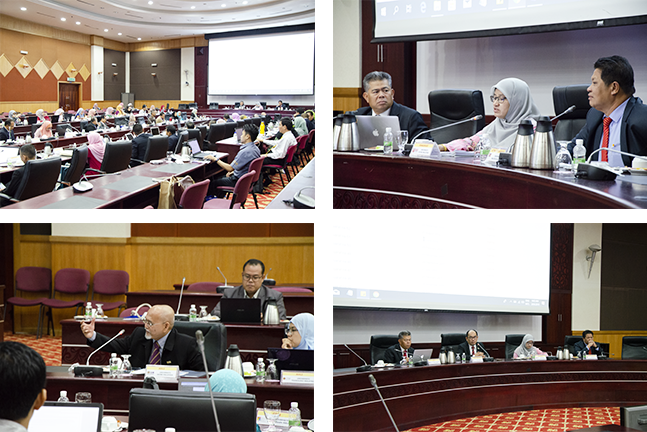 Majlis Dekan Pengajian Siswazah (Council of Deans of Graduate Studies) (MDPS) formerly known as Postgraduate Studies Management Meeting was founded in 1998 by a group of Graduate School / Centre Deans of Public Higher Education Institutions (IPTA). The idea to have this meeting was mooted by Universiti Kebangsaan Malaysia (UKM). The purpose of MDPS is to serve as a forum for School / Centre of Graduate Studies of IPTA to share best practices, exchange ideas, experiences and networking among its members for mutual benefits. The first meeting was held on 15 April 1998 and attended by six universities, namely UKM, UM, UTM, UPM, UUM, and UMS.

During the early years of MDPS, the Chairman was elected among the members of MDPS on a rotational basis and normally the Dean who hosted the meeting, while UKM has been appointed as the permanent Secretariat. The first chairman of MDPS was Prof. Dr. Abdul Samad Hadi from UKM. In 2004, University of Malaya was appointed as MDPS Chairman for two years and by virtue of the chairmanship, the Secretariat was also handed to University of Malaya. Since then, the Secretariat is handled by the university of the appointed MDPS Chairman with recent ones being UTM (2016 – 2019) and UiTM (2014 – 2015). At present, MDPS Chairman is Prof. Dr. Robiah Yunus from UPM and the Deputy Chairman is Prof. Dr. Razli Che Razak from UMK.

Since its inception in 1998, MDPS has expanded steadily and at present has 28 members, comprising both the public and private higher education institutions (government-linked private universities) . The members are UPM, UTM, UM, USM, UKM, UUM, UNIMAS, UMS, UiTM, UIAM, UPSI, UTeM, UMP, USIM, UTHM, UPNM, UNIMAP, UMT, UMK, UNISZA, UTP, UNITEN, UniKL, MMU, Graduate School of Business (USM), Graduate School of Business (UKM), Othman Yeop Abdullah Graduate School of Business UUM and Putra Business School. MDPS usually convenes three to four meetings a year and members will take turn to host the meetings. To date MDPS has convened 56 meetings altogether. One of the uniqueness of MDPS meetings is that all members are encouraged to get at least one of their administrative officers who is in charge in graduate studies to accompany them in the meetings. This has allowed better network and follow-up actions. In its 14th meeting, MDPS passed a Term of Reference (TOR) for MDPS which outlines its scopes and activities. Under the said TOR, MDPS’s scope and functions have been expanded to include its role as a referral body to the Ministry of Education Malaysia (MOE) with regards to the development and expansion of graduate studies and proposing policies on graduate studies to the appropriate parties.